You are here: Home / Canals of Wales

Explore the canals of Wales

Drifters offers canal boat holiday opportunities on the canals of Wales, including the Monmouthshire & Brecon Canal (Mon & Brec) in South Wales, and on the Llangollen and Montgomery canals in North Wales. 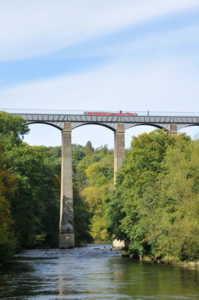 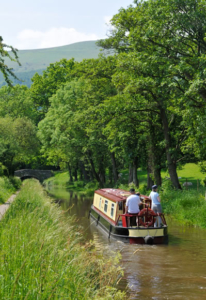 The Montgomery Canal meets the Llangollen Canal at Frankton Junction.  Running for 38 miles between England and Wales, this beautiful canal is designated a Site of Special Scientific Interest (SSSI) on both sides of the border, and the entire length in Wales is also recognised as a Special Area of Conservation, making it one of the most important sites for wildlife in Europe.

Currently only around half the Montgomery Canal is navigable, including a seven-mile section from Frankton Junction to Gronwyn Wharf.  Restoration work is currently underway to restore the canal to Crickheath, where a new turning point for boats will be created, allowing boats to return to the area for the first time since 1936 when the canal was closed.

Top 5 holidays on the Llangollen and Montgomery canals

Isolated from the main canal network, the scenic Monmouthshire & Brecon Canal winds for 35 miles through the Brecon Beacons National Park, with just six locks along its route.

The Monmouthshire & Brecon Canal (or Mon & Brec for short) was originally two separate canals: the Brecknock & Abergavenny Canal, and the Monmouthshire Canal.  Both were supported by horse-drawn tram roads mainly used to bring coal, limestone and iron ore from the hillsides.

Today this quiet waterway is a haven for wildlife and offers canal boat holiday-makers incredible mountain views, dark night skies for star gazing and a series of village pubs to enjoy along the way.

On a short break from our canal boat hire base at Goytre Wharf on the Mon & Brec Canal near Abergavenny, you can cruise to Llangynidr and back, enjoying dramatic views of the Usk Valley.

On a week’s holiday from Goytre Wharf, you can cruise to Brecon and back, passing through Georgian Crickhowell, with its fascinating 13th century castle, and Talybont-on-Usk with walks to the waterfalls at Blaen y Glyn.