You are here: Home / Canals of Central England

The canals of central England contain so many canals of really different character to choose from. 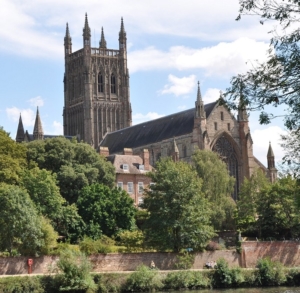 Birmingham was at the centre of the canal system, carrying goods and raw materials, which explains why they are so numerous.  The choice of waterway character in this region is huge. There are several rivers, which are usually lightly locked and offer wonderful natural scenery. The canals which are near to Birmingham tend to have plenty of locks, but some of the others (such as the Ashby, Oxford and Coventry canals) are relatively lock-free. For those who wish to have an active holiday, waterways such as the Worcester & Birmingham Canal have plenty of locks as they climb towards Birmingham.

Because the canals are so numerous in this area, there are several cruising rings available, made up of sections of different canals joined together.

The popular Stourport Ring is a one-week cruise, incorporating a relaxing stretch of the river Severn, from Worcester to Stourport. You then climb towards the exciting city attractions, before entering the countryside again and descending to Worcester.
The Avon Ring includes such gems as Tewkesbury and Stratford on Avon. The recently opened Droitwich Canal has enabled us to offer cruises on the Mid-Worcestershire Ring

The Potteries and Peak District area is ideally placed for a one week cruise around the Four Counties Ring, which includes the industrial heritage of the Potteries, the rolling countryside of Shropshire and the Cheshire Plains, as well as many handsome market towns such as Nantwich.

Other highlights of the area are Tixall Wide lagoon and the deep wooded cuttings on the Shropshire Union Canal. There are also many industrial museums in the area, and the Wedgewood Centre.

In Shakespeare Country, the Warwickshire Ring can be cruised in a week as it passes through Warwick with its fine castle and on to the Oxford canal with its elegant cast iron bridges. The Stratford on Avon canal is full of historic interest.

The Leicester Ring in the East of the Midlands offer very varied scenery with plenty of space.

In the Fens of Eastern England, both the River Nene and the Great Ouse offer fabulous relaxed cruising with a totally different flavour.