You are here: Home / boating holidays / Visit a National Trust property on your canal boat holiday 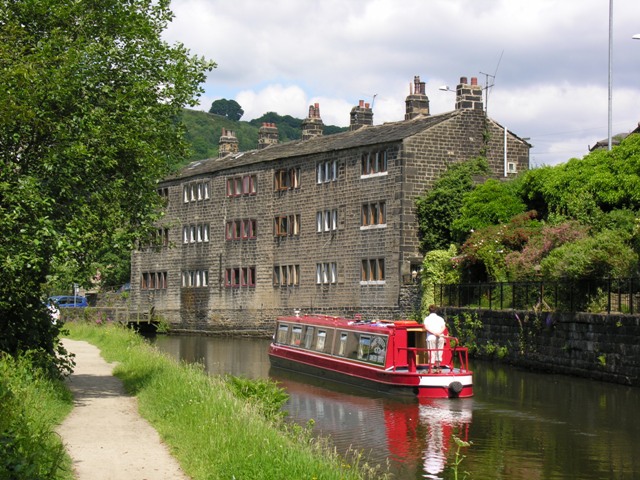 There are dozens of National Trust properties within easy reach of our canals and rivers, making them great places to stop-off at on your narrowboat holiday.

We’ve put together a list of our top 10, together with Drifters’ nearest canal boat hire base:

The Rock Houses at Kinver Edge on the Staffs & Worcester Canal…Kinver’s famous Holy Austin Rock Houses near Stourbridge were inhabited until the 1950’s and give an atmospheric glimpse into a bygone age.  The woodland sandstone ridge out which the houses are built, offers dramatic views across surrounding counties.  Drifters’ nearest hire base is at Gailey on the Staffs & Worcester Canal.

Knot garden at Little Moreton Hall on the Macclesfield Canal…this iconic Tudor Manor House in Congleton offers an insight into life in the 1600s and its manicured knot garden grows herbs and vegetables used by the Tudors for their cooking and medicines.  Drifters’ nearest base is at Stoke on Trent (Peak District) on the Trent & Mersey Canal.

Timber-frames at Greyfriars House close to the River Severn…this late Medieval merchant’s house and walled garden in Worcester city centre was rescued from demolition after the Second World War and has been carefully restored and refurbished.  The closest Drifters’ base is at Worcester on the River Severn.

700 years of history at Chirk Castle on the Llangollen Canal…this magnificent medieval fortress at Chirk was completed in 1310 and is the last Welsh castle from the reign of Edward I still lived in today.  Features from its 700 years include the medieval tower and dungeon, 17th century Long Gallery, grand 18th century state apartments, servants’ hall and historic laundry.  It also boasts award-winning gardens and incredible views over the Cheshire and Salop plains.  Drifters’ nearest base is at Chirk on the Llangollen Canal.

Profumo Affair links at Cliveden on the River Thames at Maidenhead…a country retreat on a grand scale, Cliveden’s magnificent gardens and breath-taking views have been admired for centuries.  Once the glittering hub of society and visited by virtually every British Monarch since George I, Cliveden was renowned for hosting exclusive parties and political gatherings, and later became infamously associated with the Profumo Affair.  Today visitors can explore the stunning gardens, peaceful woodlands and Thames riverbank.  Drifters’ nearest base is at Aldermaston on The Kennet & Avon Canal.

Notable topiary at Packwood House on the Stratford Canal…originally built in the 16th century, the interiors of this timber-framed Tudor house at Lapworth were extensively restored between the First and Second World Wars by Graham Baron Ash to create a fascinating 20th century evocation of domestic Tudor architecture.  Its gardens have fine herbaceous borders and a famous collection of yews.  Drifters’ nearest base is at Tardebigge on the Worcester & Birmingham Canal.

Exquisite embroideries at East Riddlesden Hall on the Leeds & Liverpool Canal…this 17th century manor house at Keighley was a hive of farming activity for generations.  It has a cosy lived-in feel with exquisite embroideries and blackwork, plus oak furniture and pewter on show.  Drifters nearest base is at Foulridge on the Leeds & Liverpool Canal.

18th century gardens at Hanbury Hall on the Worcester & Birmingham Canal…built in 1701 by Thomas, Vernon, a lawyer and whig MP for Worcester, Hanbury Hall near Droitwich Spa is a beautiful country house with 20 acres of recreated early 18th century gardens and 400 acres of parkland.  Drifters’ closest base is at Stoke Prior on the Worcester & Birmingham Canal.

Holy Grail connections at Shugborough Hall on the Staffs & Worcester Canal…Lord Lichfield’s beautiful Shugborough Hall in Staffordshire is set in 900 acres of stunning parkland and riverside gardens.  This rare survival of a complete estate, with all major buildings including the fine Georgian Mansion House, servants’ quarters, model farm and walled garden, is rumoured to have connections to the Holy Grail.  Drifters’ nearest base is just five minutes away at Great Haywood.

Culture on the Canals

Get the family afloat this summer Scroll to top