You are here: Home / boating / Travelling along the Worcester & Birmingham Canal 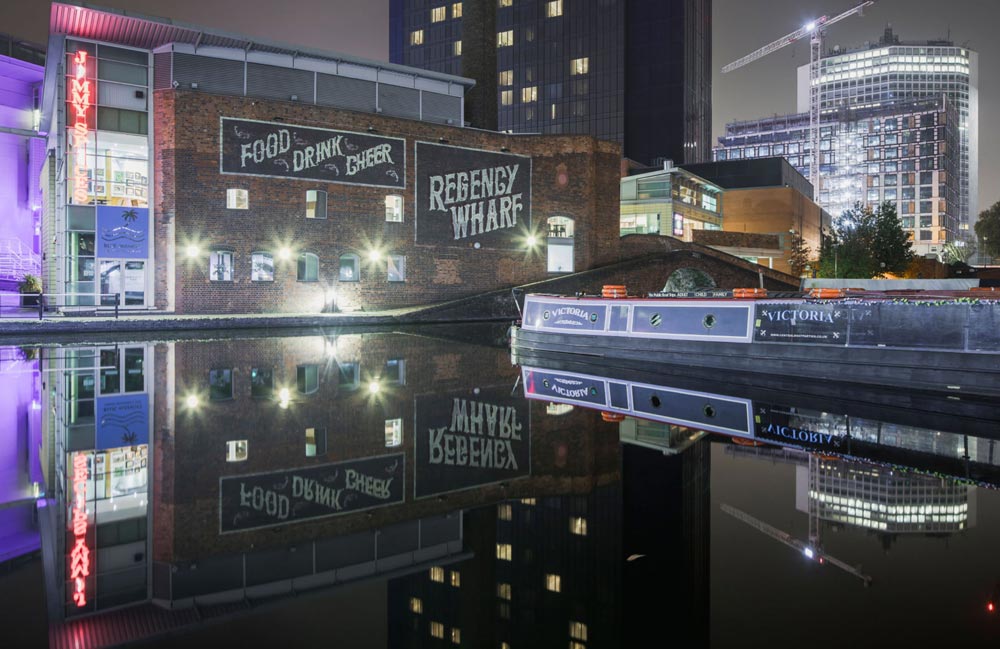 Janie van de Pas, from the Dutch travel blog Britblog, recently took a mid-week break with a friend, travelling from our narrowboat hire base at Tardebigge along the Worcester & Birmingham Canal to Birmingham City Centre and back, aboard the 62ft six-berth ‘Wharfdale’.

Here’s a translated edit of her review:

There we were stuck in the middle of the channel.

“Everyone can do it” I was assured.

I called the canal boat hire base. “Hello, we just left and we are already stuck.”

“Are you at the tunnel?”

“No, not even at the bridge,” I say shamefully.

Within ten minutes someone from our canal boat rental company arrived to help us and after some forward and backwards movements we were free again.

So simple, we were being too careful.

Just over an hour before, we had arrived at the boat yard, two narrowboat novices.

Fortunately, after we had put our stuff on the canal boat, we got a thorough explanation. Although before leaving Holland we had watched the guide to narrowboating on YouTube, explaining the rules – there’s a world of difference between watching a movie and actually doing it.

Our instructor explained the gas, water, and the things to check and then we happily departed with our instructor accompanying us for a short while before we went on alone.

Until we got stuck…

After that, as the sun was shining we reached the first bridge (58) and tunnel (Shortwood). We were going well and our goal that day was to moor just after bridge 67 – not far away.

It is September and cold for the time of year, but with the hot rays on our skin it felt good to be outside.

It is quiet along the water, we met a fisherman and maneuvered neatly around. Cows, sheep and ducks looked suspiciously at us. Did they somehow know it’s our first time as skippers? When we passed, are they relieved, or was I just imagining that?

Half-way to our destination it started to rain.

With the cold wind I wondered why I wanted to do this. The unique experience? Bucket list?

Then we went through a beautiful valley – fortunately I could see it between all the rain drops.

As the end of our first day’s cruising was in sight, I was glad because of the cold, but apprehensive as we had to moor the boat. Slowly we approached the side.

To go to the right, you have to send the tiller left, and vice versa. We bumped the next boat which was embarrassing but once set for the night, we headed to The Hopwood House pub to warm up.

It’s a nice pub right on the water, where we were surrounded by chickens – on the wallpaper and decorations, but not on my plate – I went for the fish & chips.

There’s no cloud in the sky. After a nice breakfast cooked on board we went on our way.

We passed Cadbury World, the chocolate factory of my dreams and reached Gas Street Basin by lunchtime, mooring ‘Wharfedale’ without any hassle, ready to take advantage of city centre dining and culture.

It’s possible to continue on to Dudley via canal but we took a half-hour bus trip instead, heading to the Dudley Tunnel & Limestone Mines.

First we checked out the exhibition about the canal tunnels in Dudley and found out the mountain in Dudley was a major source of limestone and was excavated via a network tunnels.

After this we were given hard hats ready to go underground on a trip boat. Our skipper took us into the tunnel, where we were given an extensive explanation of its history and treated to a music and light show.

Next to Dudley Tunnel lies the Black Country Living Museum, connected via a bridge over the canal. Here we experienced village life in the industrial era of around 1830 – the time of coal and hard life, when smoke and smog in the sky darkened the country

At the Museum’s ‘Into the Thick’ exhibit, we explored a mine with a guide and some other non-claustrophobic visitors. Helmet on, flashlight and often having to bend (I’m glad I’m not that big), in 35 minutes we got to know a little of what it was like for the miners of 1850. Outside, we are glad to see daylight again, not able to understand how the miners worked 12-hour shifts down there.
After seeing cottages from 1840, 1845 and 1890, the sky opened, just in time for lunch – a Cornish pasty.

Next we visited the Victorian school, the candy shop and bakery. Then via the shipyard we come back to the houses and the pub, where it was time for a beer.

After the church, the pharmacy and other shops, our last stop was the steam engine, a replica of the first.

We began our journey back to the canal boat hire base. Engine on, breakfast, shower and off we went.

Although still fresh, it was nice on the back deck where we could enjoy the sunshine and the surrounding area.

We headed to Kings Norton for lunch and a water top-up. From our guide book we learnt there is a pub here and an interesting church, which we headed to first. The little church originates from Norman times, adapted by later renovations.

Across from the church is The Tudor Merchant’s House – a beautiful old half-timbered house, with a café. We were welcomed by a friendly man, who told us about the history of the building and the area.

We learnt that Kings Norton has a rich history. During the English Civil War, Prince Rupert of the Rhine rested with his men on Kings Norton Green on October 17, 1642. There they were surprised by a small group of Lord Willoughby of Parham’s soldiers. During the fighting, 50 of Prince Rupert’s men were killed and 20 were captured. Lord Willoughby lost 20 people and the graves are still in the church.

Queen Henrietta Maria slept in Kings Norton later in the civil war (1643), apparently in the Tudor Merchant’s House. She came with an army of about 5,500 men (from Yorkshire).

Back at the boat, after we filled her up with water, we continued on to Wast Hill Tunnel, which takes half an hour to travel through.

After the tunnel, we soon passed Hopwood House (where we stayed the first night), travelled through Alvechurch and the Shortwood Tunnel and reached the Old Wharf where our boating adventure began. Surprised that we are already there, we decide to carry on to the top of the Tardebigge Flight of locks for our last night.

We passed through Tardebigge Tunnel and reached the Top Lock – what a beautiful view?! With no less than 30 locks, which together drop boats by 67 metres, it’s the longest lock flight in the country.

That evening we cooked dinner on board for the first time – pasta carbonara. Lovely after our long journey that day.

After our last night on board, it was time to return ‘Wharfedale’ to her base.

First, however, we had to turn her around. I took the tiller and put the boat in reverse. After a few maneuvers, I managed to turn the narrowboat without hitting another boat and I was proud of myself.

Bucket list – going on a narrowboat? Surely everyone must! 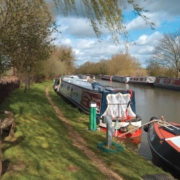 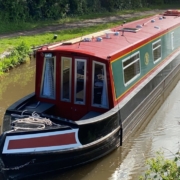 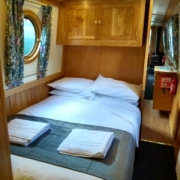