You are here: Home / boating / Pacific Yachting reviews the Llangollen 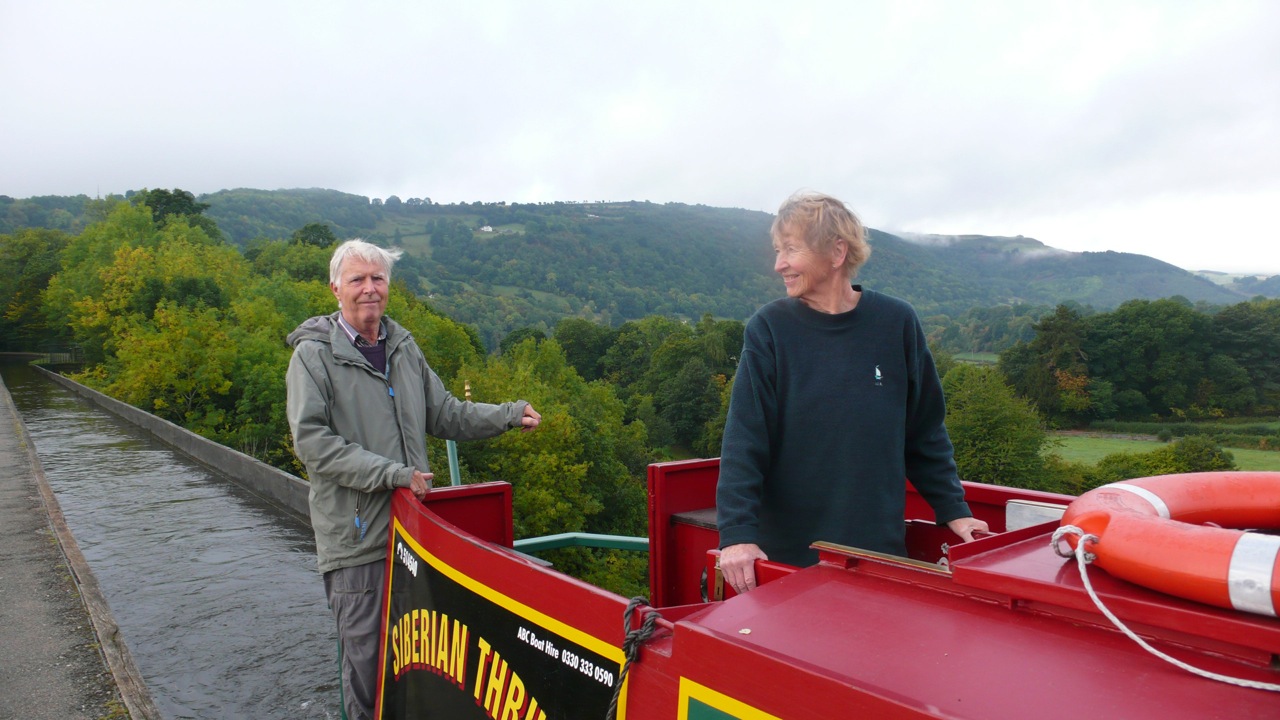 Cherie Thiessen of the Canadian Pacific Yachting Magazine took a week long canal boat holiday with Drifters in September, describing it as ‘…the perfect combination of relaxation and adventure’.

Travelling along the Llangollen Canal from our canal boat hire base at Whitchurch (run by ABC Boat Hire), here are some of things she said about their trip in her article published in Pacific Yachting Magazine’s November 2018 issue.

‘This scenic canal route, leaving from Whitchurch, England, and arriving in Llangollen, Wales, features the highest aqueduct in Britain at 38 metres (stretching 306 metres across the sky). It also boasts three one-way tunnels with no traffic lights, the longest Tunnel being Chirk at 420 metres.  If that’s not enough, there are also 67 bridges…’

‘In Llangollen…we walk an eight-kilometre route that takes us to the Horseshoe Falls, an expansive semi-circular weir on the River Dee, which provides water for the canal. Then we walk on the remains of the early 13th century abbey of Valle Crucis (1201), a majestic ruin in the pastures, brooded over by hilly fields and verdant countryside…’ 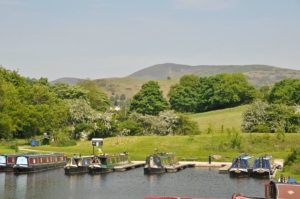 On day 5 ‘We say a reluctant goodbye to Llangollen…and turnaround…to complete the 77-kilometre-round-trip route, already relishing the beauty of Blake Mere and George’s Wood beyond; the nature reserve, the undulating pastures, peat mosses and moors and the towering oak trees.  Yew, beech and ash festooned with rampant ivy also jostle for space at the canal while hawthorn and rosehip bushes push to the bank. Then the views of Shropshire farmland will emerge, with pheasants ducking in and out of pastures speckled with sheep and cows.’

‘No one goes to the UK without setting foot in a pub, right? So three nights of the seven find us raising glasses of apple cider or ale…before we tuck into our fish ‘n’ chips, shepherd’s pie or scampi and chat to the locals.’

‘We all enjoy checking out the markets…overjoyed with the variety of cheeses’ and ‘grab up pork pies and sausage rolls.’

In Whitchurch ‘we supped well at the Wheatsheaf Hotel, dating back to the 18th century, an inn and pub lovingly restored by its owners, Maureen and David Wiles…’

‘How many places can you cruise where you can gaze at the sky, rub against history, test your steering skills and tie up in natural solitude?’

‘What to bring – Non nylon work gloves make handling the lines and windlass a whole lot easier and keep your hands warm. Bring non-slip waterproof shoes and slip-ons for inside the boat. While ABC provides rain jackets for two as well as a large umbrella, you should bring rain pants and hats and warm clothing, and good flashlights or headlights for scouting out the tunnels.’

‘Provisioning – pubs and restaurants are plentiful but for the first afternoon and next morning you will need your own food.  We stocked up at large nearby supermarkets at Whitchurch, Ellesmere and Llangollen.’