You are here: Home / Uncategorized / John Sargeant takes to the canals on ITV1 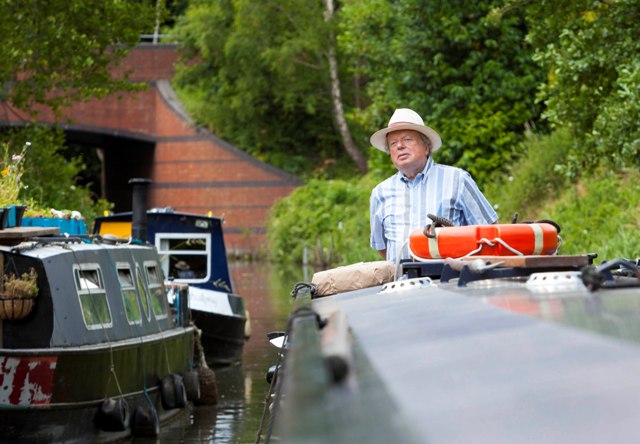 In a new eight-part ITV1 series Barging Around Britain, John Sergeant sets off on a voyage along Britain’s canals, exploring their extraordinary stories.

Drifters operators were involved in the making of the series, including: Shire Cruisers on the Leeds & Liverpool Canal and Aire & Calder Navigation; Black Prince on the Grand Union, Trent & Mersey, Llangollen and Kennet & Avon canals; and Anglo Welsh on the Grand Union Canal.

John says: “Canals changed the map of Britain. They were the motorways of the age. Now, it was easy to transport goods in bulk across the country and for the first time, towns could become home to new industries.”

John’s voyage takes him from the gentle downs of Somerset in the south to the spectacular Caledonian Canal, running coast to coast in Scotland.

In episode one, he journeys across the Pennines on the Leeds & Liverpool Canal, which runs for 127 miles and was to give the textile industry of Leeds a direct route to the docks of Liverpool.

John says: “This canal took 40 years to build. It could have been completed much sooner, money troubles got in the way, and we had to see off Napoleon at Waterloo. But these things happen, and in 1816 this great route across the Pennines was up and running.”

Barging Around Britain starts on Friday 13 February at 8pm on ITV1 and runs for eight weeks.