You are here: Home / History of the UK canals

History of the UK Canals

History of the canals

Today’s 3,000 mile network of navigable canals in Britain are predominantly used for leisure, but most were built over 250 years to transport goods and materials, fuelling the Industrial Revolution. 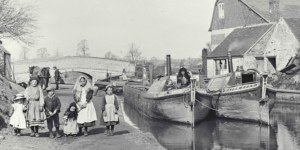 The early inland waterways were built by landowners to carry agricultural products in southern England.  Then in 1763, the Duke of Bridgewater’s new canal opened from his coal mines in Worsley to the Centre of Manchester, halving the price of coal in the town overnight.

Early canals linked directly to trade were highly successful leading to a mass of canal construction projects, with 44 acts for new canals passed between 1791 and 1795 alone.

By 1850, approximately 4,000 miles of inland waterways had been constructed.  This period of ‘Canal Mania’ rapidly increased the volume of goods carried by canal, enabling Britain to become the World’s first industrial power.

At this time, many people moved from the country into burgeoning towns and cities, changing the face of British society.  The economy boomed, leading to Britain becoming the most powerful colonial power by the Victoria era.

With the coming of the railways, the more successful canals were still able to compete but others closed or were taken over.  The decline in traditional industries following the First and Second World Wars led to the end of most commercial traffic on our canals and the neglect of the network.

In the 1950’s and 60’s people began to take boating holidays on the canals and a number of canal boat hire companies were established, often using converted working boats.

The waterway restoration movement began with publication of Tom Rolt’s book ‘Narrow Boat’ in 1944, and the subsequent formation of the Inland Waterways Association (IWA) in 1946.  This harnessed the nation’s new-found fascination in the country’s neglected waterway network, as people campaigned for the conservation, use, maintenance and restoration of canals.

Then in 1968, Barbara Castle’s Transport Act marked the turning point for the waterways from being a declining freight network, to becoming a major leisure resource.

In every decade since, the canals have made seismic leaps in their impact and value, largely thanks to a burgeoning army of passionate volunteers and advocates who continue to campaign for the restoration and maintenance of our inland waterways.

Restoration projects across the country have brought hundreds miles of canals back to life and there are now over 35,000 leisure canal boats on our inland waterways, more than at the time of the Industrial Revolution.  Around 1,000 of these are specially designed and constructed self-drive holiday hire boats, all with hot water, central heating, flushing toilets, well equipped kitchens with cookers, fridges, microwave ovens, televisions, DVD players and many now have Wifi too. 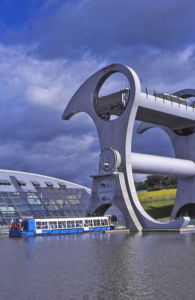 Year 2000 and the construction of the Falkirk Wheel.