You are here: Home / News / Exploring the Kennet & Avon Canal from Hilperton 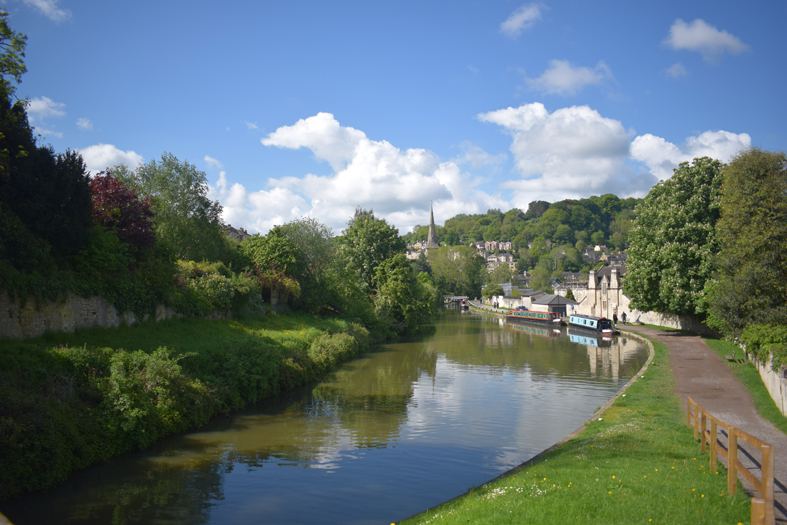 Created in the white heat of the Industrial Revolution, canals are nowadays places for pleasure and relaxation. One of the most popular canals is the Kennet & Avon Canal, and it’s a delight to explore by narrowboat.

I and three friends (my crew for the week) met up at Hilperton Marina, for a week-long cruise on the Kennet & Avon Canal.

Day One – to Bradford on Avon

At the marina, we were given a tour and tuition for navigating the canal aboard the ‘African Swift’, a luxuriously fitted out narrow boat, with all the mod cons. Then, we were off!

It was a short trip for the first day. Around three miles, and an hour-a-bit, later, we were tackling our first lock at Bradford on Avon. We’re all fairly experienced narrowboaters, but even for first-timers the locks are nothing to get nervous about.  Just take your time, and there’s often a Canal & River Trust volunteer or fellow boater on hand to offer advice or a helping hand if needed. We moored up and went to the Lock Inn Café for our evening meal and a few drinks overlooking the canal.

After a leisurely brunch on board, we set off towards Bath.  We crossed the Avoncliff and Dundas aqueducts – two of the most spectacular and impressive structures on the whole of the canal network. There are moorings below Sydney Wharf for those who want to walk into Bath City Centre on a short break from Hilperton.

But as we were experienced boaters and we were away for a week, we navigated on through the Bath locks to join the River Avon. After a few hair-raising moments when the river current caught the boat, we managed to moor up. The strong currents, and rapidly changing river levels especially when it’s raining, mean boating on the River Avon is often more suitable for experienced boaters.  We spent a very pleasant evening exploring Bath, one of the most beautiful and historic cities in the country.

In the morning we continued on along the River Avon, and moored up on the floating pontoon alongside Bitton Picnic Area. From here it’s a short walk to Bitton Station, home of the Avon Valley Railway. This heritage railway runs trains most weekends, and we arrived on a ‘steam day’. There-and-back trip takes about an hour, and it’s a heart-gladdening experience. We overnighted at the pontoon, and enjoyed the peace and calm of the water.

We had planned to boat into Bristol, but, at Hanham Lock we phoned ahead to the Bristol lock keeper (as advised) and he suggested, as the river levels were very high following so much rain, we should avoid the tidal stretch of the River Avon. So, we erred on the side of caution and turned round to overnight at nearby Keynsham.

Day Five – back to Bath

A couple of us took the train into Bristol to visit the Floating Harbour and the SS Great Britain. Then in the afternoon, with everyone back on board, we returned along the River Avon to rejoin the Kennet & Avon Canal at Bath.

We spent the day exploring the delights of Bath. It is a World Heritage site, so there is plenty to see and do. In glorious summer sunshine, we visited the Holbourne Museum, Pulteney Bridge, the Royal Crescent and the Abbey.  After drinks in the beer garden of the White Hart, we enjoyed a take-away curry from nearby Bikanos Indian Cuisine.

Day Seven – back to Bradford on Avon via Claverton Pumping Station

In the afternoon, we re-crossed Avoncliff and Dundas aqueducts. Dundas Aqueduct is also the junction with the Somerset Coal Canal, and we enjoyed a pleasant short walk along its towpath to the café at Brassknocker Basin.

Then we continued to Bradford on Avon to stop overnight there again, visiting the Barge Inn this time.  This left us with just a short journey the next morning to return our boat at Hilperton Marina. 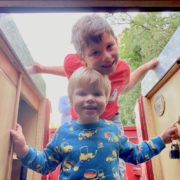 Tips for taking a narrowboat holiday with kids 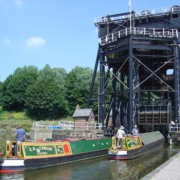 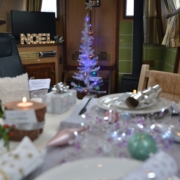 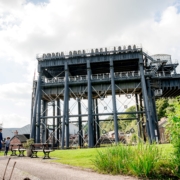 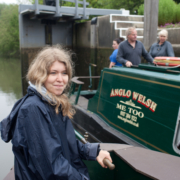 New 'getting started' film for boaters