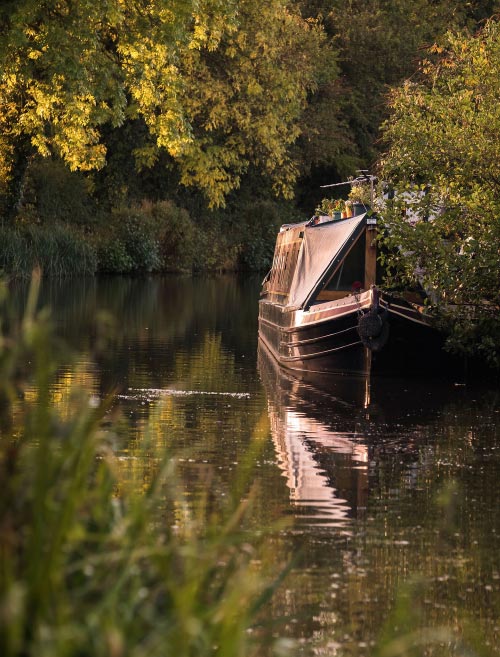 10. Visit London afloat and see an unexpected side of the Capital…travel through the heart of London, starting on the Grand Union Canal at Greenford in West London and finishing in the docklands in the east at Limehouse Basin, where the Regent’s Canal meets the mighty River Thames.  Along the way you’ll see a quieter more peaceful side of the Capital, passing through Little Venice, Regent’s Park, London Zoo and Victoria Park.  There are plenty of safe places to moor with easy access to London’s top attractions, theatres, restaurants and shops.  Journey highlights: passing over the North Circular and watching the queues of traffic as you glide on by; pretty and tranquil Little Venice with waterside eateries; vibrant Camden Lock and its market; the Victorian Ragged School Museum at Mile End; and Gordon Ramsey’s The Narrow Pub at Limehouse Lock.  Base: London on the Grand Union Canal at Greenford.  Prices: short breaks start at £525, weekly hire from £808.

Drifters Waterway Holidays is made up of a consortium of six hire boat companies: Anglo Welsh, Black Prince, Countrywide Cruisers, Rose Narrowboats, Shire Cruisers and UK Boat Hire.  Between them they offer over 500 boats for hire, operating from 35 bases across the country.  2013 prices start at £355 for a short break and £545 for a week.  Narrowboats range from 42ft to 70ft and can accommodate up to 12 people.  www.drifters.co.uk Tel 0844 984 0322.

All Aboard a 12 berth Canal Boat!