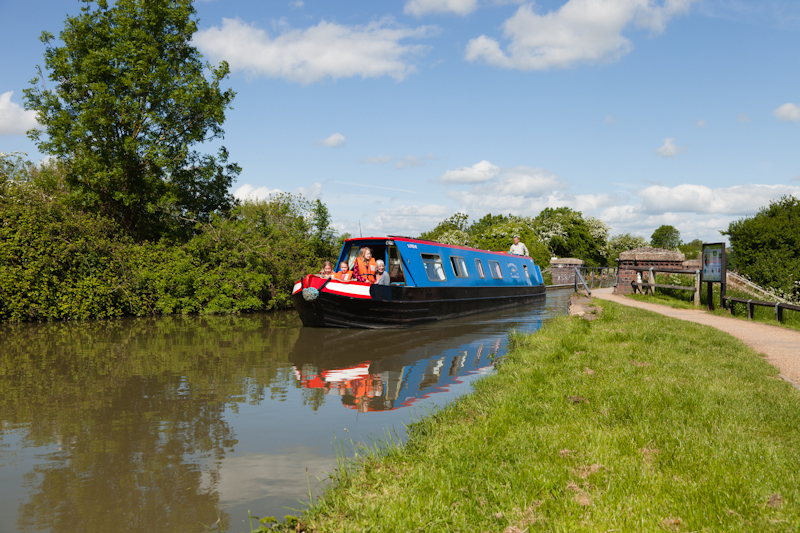 It is quite hard for us to imagine what life must have been like two hundred years ago. There were few roads – only muddy tracks. No railways, either. So, when the Industrial Revolution started, the real problem facing those who wanted to take advantage of it was how to move the raw materials from where they were extracted from the ground to the rapidly-growing industrial centres. The answer presented itself in the form of canals.

In Wales, in what is now the Brecon Beacons National Park, limestone was brought from the hills by horse tramway to the canal to be processed in kilns then loaded onto boats for transport to the docks at Newport.

Now, just 200 years later, this canal is celebrating its bicentenary and is still in use, but for a very different purpose. Today, the canal finds itself at the centre of a National Park, and is used exclusively for pleasure by narrowboats.

The canal, now known as the Monmouth & Brecon Canal, is a great place to take a canal boat holiday. The canal runs for almost all of its length through the Brecon Beacons National Park, with wonderful views over the valley of the River Usk and the peaks of the Beacons and the Black Mountains.

It’s not a long canal, and there are relatively few locks, so it can hardly be beaten for a relaxing, scenic boating holiday. Drifters have a hire boat base at Goytre, near Pontypool, from which you can hire a narrowboat any time from March to October, and it is one of our most popular holiday bases.

There will be celebrations at various points along the canal this year to mark the bicentenary, but it will be just as pretty next year.

As well as winding its way through a magnificent landscape, the canal is tree-lined for much of its length, so it is very green and there are banks of wild flowers in many places. Because this canal runs mainly through unspoilt countryside, there is always plenty of wildlife, including herons fishing in the canal and red kites soaring overhead.

All our canals can be described as scenic, but it would be hard to find one to rival the Monmouth & Brecon for sheer wonderful beauty. It never disappoints, and many people return to it time and again as the best place to unwind on holiday.